Inflation is one of the crucial fundamentals of an economy. It is vital to have reliable inflation numbers and their estimations. Michalski and Stoltz (2013) note that governments might have an incentive to play with macroeconomic variables in order to seem more attractive for investment. It is not a coincidence that Azerbaijan’s macroeconomic variables are also included in the analysis of Michalski and Stoltz (2013). In this article, we will employ Benford’s Law in our approach as in their paper. In addition, we will apply Vector Autoregression (VAR) as well to test our derived alternative inflation numbers. Of course, our derived inflation numbers will be higher than those which the Azerbaijani government publicly shares. For VAR analysis, we will refer the main determinants of inflation from Rahimov, Adigozalov and Mammadov (2016) then compare our results. Our main standpoint will be the figure that Center for Economic and Social Development (CESD) calculated as an alternative inflation rate for Azerbaijan in 2019. They used 50 districts as well as Baku in their sample. Whereas the official inflation rate provided by the state for 2019 was 2.7%, the CESD calculated 7.3% as an alternative inflation rate. There are many ways to derive 7.3% from 2.7% mathematically. We will apply some of those and try to understand how they behave under the application of both Benford’s Law and VAR. 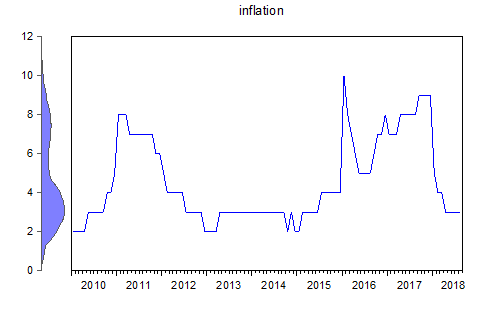 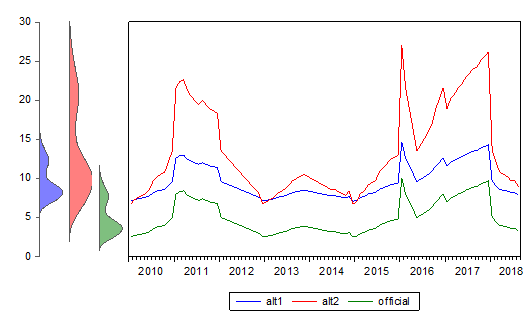 Firstly, we will apply Benford’s Law to the first and second digits of official and derived inflation numbers.

As we can see from the Z score above, the first digits of the official inflation do not follow the Benford distribution.

Although some second digits fall under the Benford distribution, in general, we can conclude that it does not follow Benford.

From the table above, we observe that first digits of alternative inflation follow Benford’s Law.

We observe that second digits of alternative inflation also follow the Benford distribution.

Next, we will try to build a VAR scheme and evaluate the behavior of official and alternative inflation. In Rahimov et al. (2016), there are some variables given for running a VAR. We will use some variables from their paper and add some more. As a first variable, we will use non-oil real GDP. Note that we use the monthly variable instead of quarterly, and there might be some discrepancies as a result. 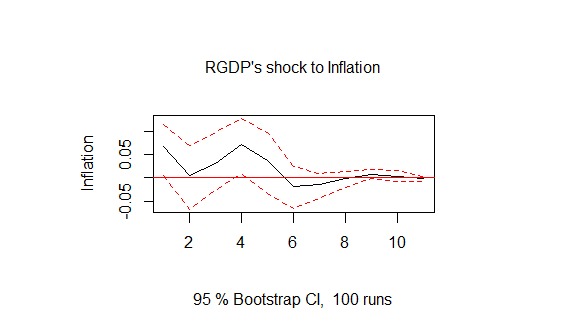 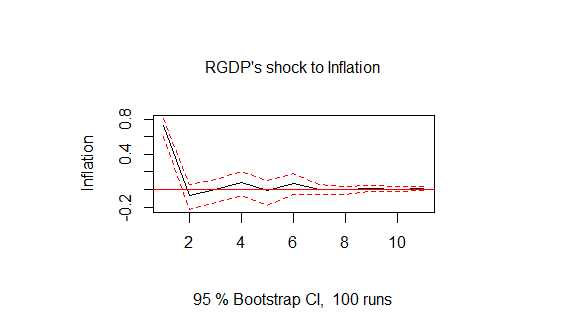 Above are the graphs of impulse-response functions of real non-oil GDP and inflation. In the first graph, the figures for official inflation are used. The result is in line with the previous literature about Azerbaijani inflation rates. The second graph is obtained by using our derived alternative inflation rates. Both have explanatory value, but the second one is more significant. As with our Benford’s Law analysis, we obtained better results with our derived inflation numbers, which speaks to their accuracy over the official numbers. Next, we employ the nominal effective exchange rate. 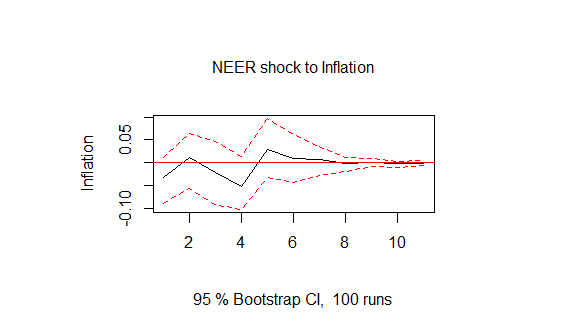 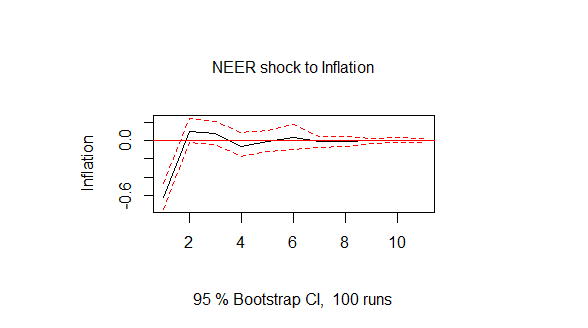 Again, the results are in line with those provided in Rahimov et al. (2016) and our estimates yield better results.

Next, we will use budget deficit per GDP as a part of our VAR mechanism. Although it is not used as a variable in Rahimov et al. (2016), we believe it might be a good predictor of inflation in Azerbaijan. 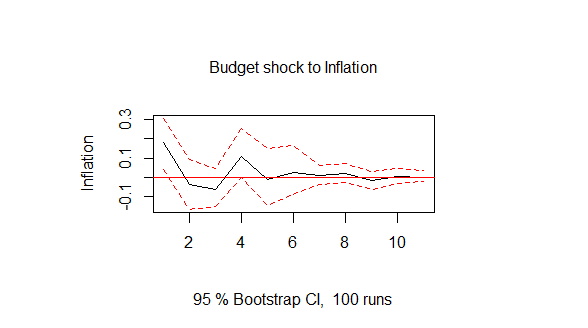 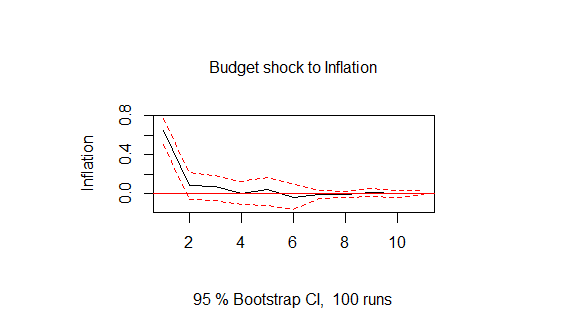 1. Michalski, Tomasz and Gilles Stoltz. “Do countries falsify economic data strategically? Some evidence that they might.” Review of Economics and Statistics. 2013, 95 (2), pp.591-616.

The Riddle of Karabakh’s Status

In this article, I will first examine the status discussions which preceded the 44-day Second...

The Universalism of Human Rights...

Most of main legal comments on human rights law present concerning on the cultural context...

You can access the ranking by clicking here: Education-Ranking-2022

Introduction The true purpose of humans is to develop their abilities in the highest...

Although the title sounds strange, according to official statistics, the poor population in Azerbaijan receive...

The Austerity Era and Its...

In 2008 when the financial crisis hit the USA and sent shock waves around the...

Cinema was undoubtedly one of most the serious events of the twentieth century. Acceleration of...

Islam and Youth in Azerbaijan

After the collapse of communist ideologies and regimes, a serious transformation of the values ​​of...

How did Azerbaijani banks face...

A retrospective view on the banking sector for the past five years Oil prices...